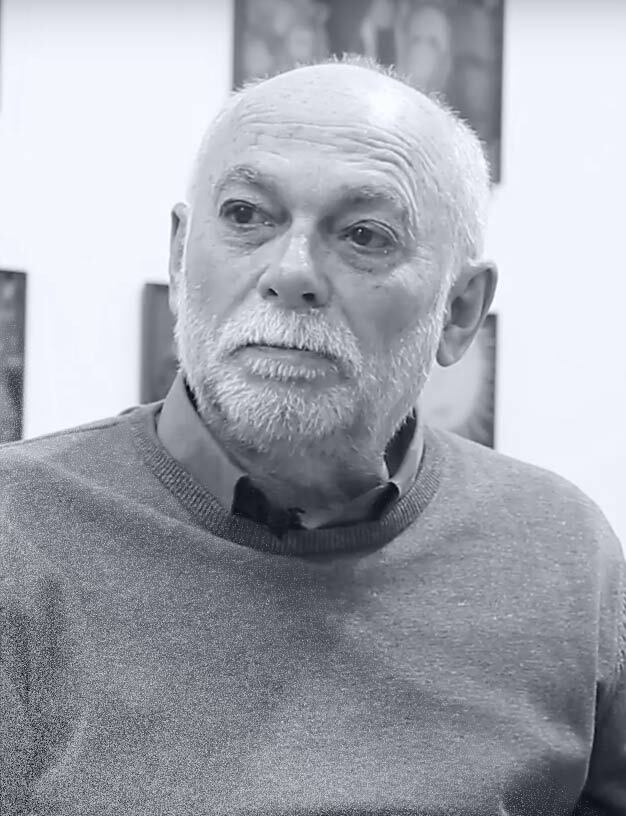 Victor Muchnik
Editor-in-chief of the TV2 news agency, Tomsk
— Some of my colleagues are working as one should these days, as I would like to work too. I admire their courage and really hope that they will survive, although they are facing extreme risks.

Some colleagues have another position and are trying to find niches where they could work honestly: "Ok, we won’t write about the war, but we’ll find our niche to write about people, about anthropology". I think this is a utopia. Why? Because the state will continue to grow like cancer and invade areas where it didn’t go before, so any relatively independent journalism will face restrictions. 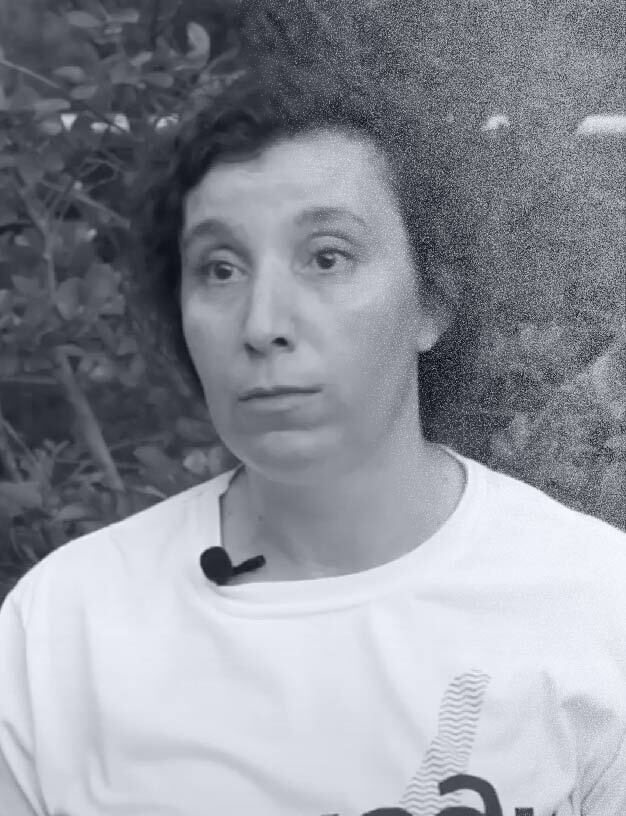 Olga Mutovina
Editor of the online magazine People of Baikal, Irkutsk
— When we realized that we would stay [in Russia] and continue to work, we decided that we would not have censorship or self-censorship. We believe that self-censorship is the worst thing that can happen to a journalist. We don’t want the fear that we feel to somehow affect our work. When we sit down and start writing, we just turn off our fear. 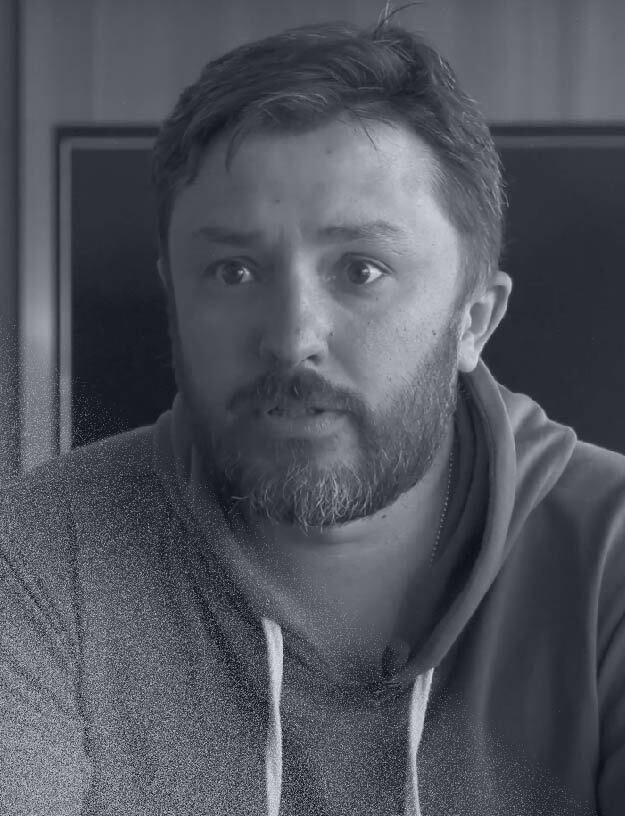 Oleg Grigorenko
Editor-in-chief of the 7x7 media project
— The goal of a politician is to fight for power. Journalists do not fight for power. They look at the reality that surrounds us. Journalists see what’s happening and dig up facts so that the audience has a most comprehensive and clear vision of this reality.

Political activism is not about covering facts or taking a snapshot of the reality, it’s about changing the reality. Nothing has changed in that respect, as I see it. Except that in Russia, digging up the facts is already activism, because, unfortunately, the government assumed a monopoly on the truth. But there can be no monopoly on the truth. Only reality has such a monopoly. <…>

For me personally, what happened puts an end to the work I dedicated my life to, to everything that made me choose journalism as a career: I wanted to tell people how they could change the world around them through political and civic tools, solidarity, association. I’m deeply sad, it makes me cry thinking that this job ceased to exist on February 24. Now I want to do something different in order to rebuild communication within our society. 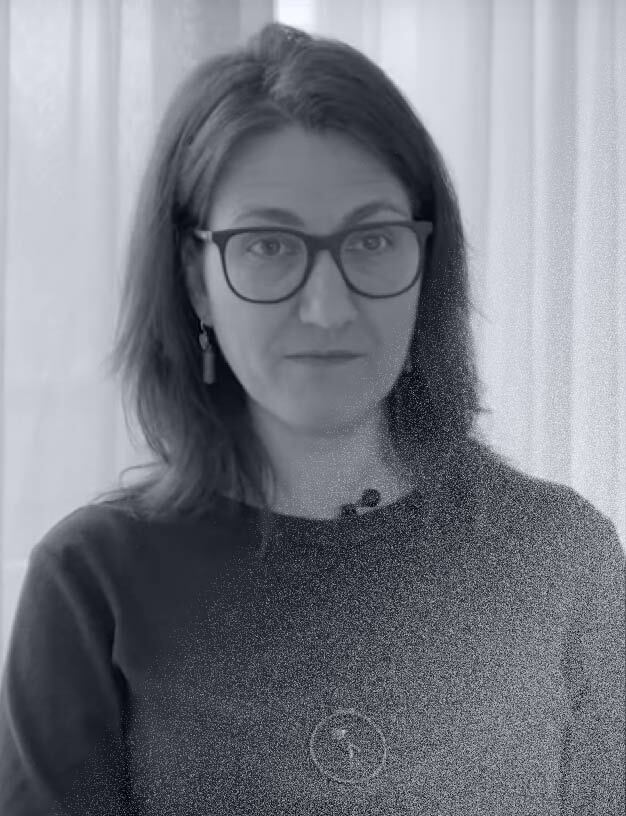 Galina Arapova
Head of the Media Rights Protection Center, Voronezh
— I've always said that the severity of Russian laws is offset by the lack or selectivity of their enforcement. I would say that the horrendous censorship that we are witnessing in Russia today has so far been offset by its selectivity in terms of subjects. That is, writing about the war these days is like writing about a dead person: either you write something good or nothing at all. But there are still other subjects — and they can still be covered by independent journalists. But I’m not sure that these other subjects will remain free from censorship.

Our state media use the word "pops" instead of "fire shots", they are saying that everything is actually fine, that the inflation is not so terrible, that the sanctions are a window of opportunity — so it’s all about the choice of words and the way the overall picture is shaped. What’s happening today can also be covered independently. Words and visuals can be picked in such a way so as not to be considered as discrediting the armed forces or the authorities. But today, it’s not sufficient to just use allegorical language to do that, you have to be incredibly inventive. 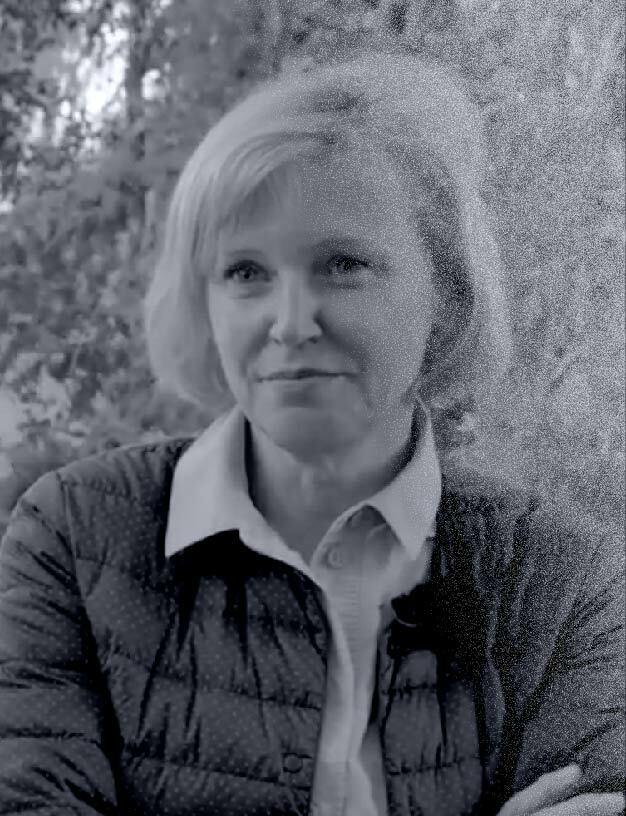 Irina Samokhina
CEO of the publishing house Krestyanin, Rostov-on-Don
— We decided to close the Krestyanin newspaper on July 1. It was a hard decision for all of us. But now I understand that it was the right one.

My father, who founded the newspaper, conceived it as a breath of fresh air. By that time, he had worked in journalism for over 30 years. When he created the newspaper, he felt incredibly happy to make everyone’s voice heard, to provide a platform so that everyone could speak out.

Unfortunately, after the adoption of a number of laws restricting media activities, the newspaper can no longer be what he intended it to be. And I don’t want to see it different. 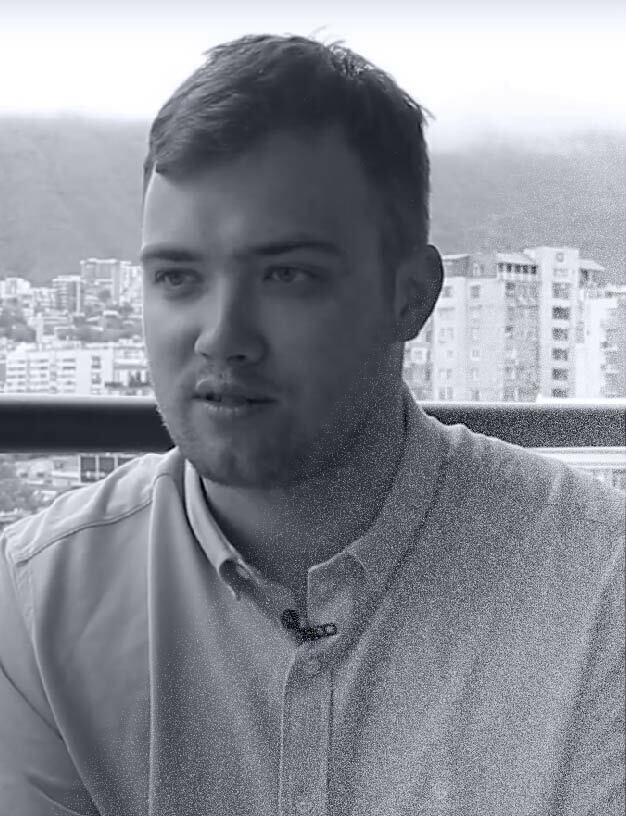 Kirill Artemenko
CEO of the media company Bumaga, Saint Petersburg
— I've been teaching since 2014, and I have a slide for international students on the evolution of media-governing laws in Russia. Since 2014, I’ve been adding two or three new lines to this slide every year. There was a tougher punishment introduced for announcing unauthorized rallies with fines up to 300,000 rubles, then the Yarovaya law, then the foreign agent law — only to name a few.

There are more than 15 lines on this slide. And one can clearly see how we’ve been giving it all up. Each time they slightly increased the temperature, as though heating us in a saucepan on a stove, and we just kept saying from inside that saucepan: "Well, it’s still bearable". And if you speak out against that, there is a chance you’ll immediately catch it in the neck. Some spoke out and were punished, and some spoke out — and temperature for them increased even more.

Therefore, I don’t see any point at all in any compromise now. Everything has been revealed, everything is visible now, all the masks are dropped, there are no compromises. I’m proud that we are not making any compromises now — and will never make any more. What for? 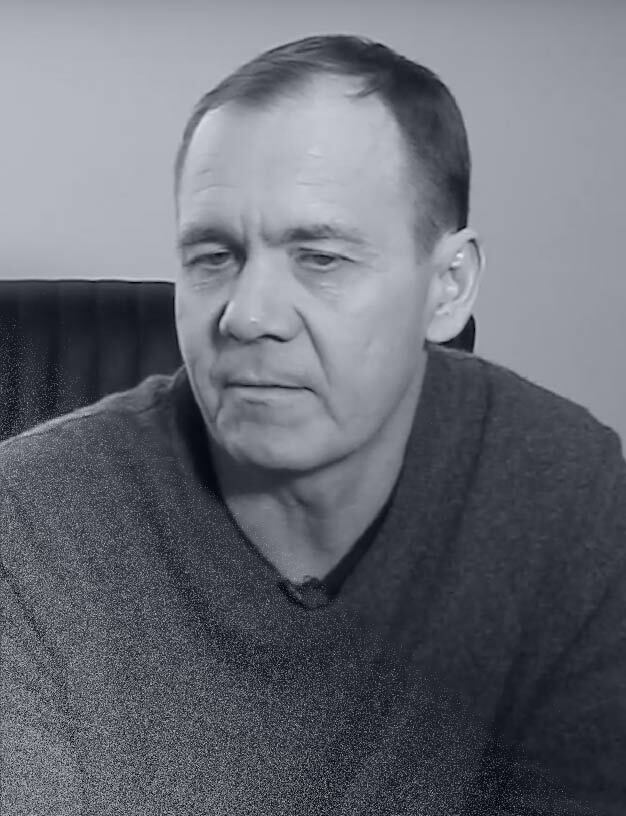 Vadim Vostrov
CEO of the television company TVK, Krasnoyarsk
— Every year, our country has been adopting more and more new laws restricting the work of media, and these laws create obstacles for journalism.

Everything has become particularly severe since the onset of the coronavirus pandemic. The law on "fakes" was actually adopted back then. It impacted us directly. The TVK website published a video of the Krasnodar "Putin's Detachment" (a community organization — note by the project team). This is a group of elderly women who said that the coronavirus was a fake and did not exist. It was clear that our video was ironic, that as a media, we did not agree with this. On the contrary, we explained that the coronavirus was a reality. But the law on "fakes" allowed the Prosecutor General’s Office to hold us accountable for disseminating "unreliable publicly significant information". The case received wide media coverage — it was only thanks to this that we managed to avoid serious trouble.

Since then, it’s the authorities who decide what’s truth, and what’s not. Since then, any opinion can be called a fake, and media have trouble. The "special military operation" was just a logical ending point of this phenomenon. Now it’s possible to criminalize any opinion. 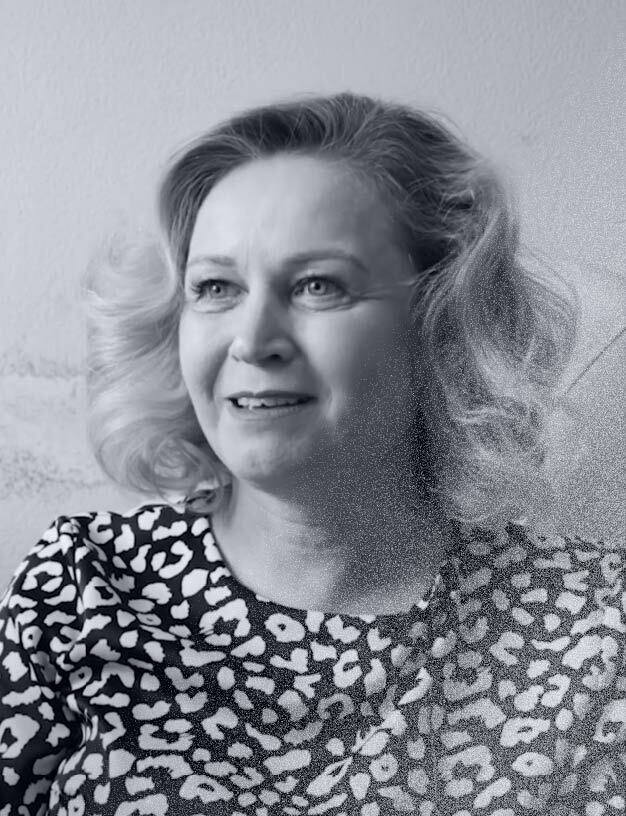 Yana Yanovskaya
Editor-in-chief of the newspaper Parma-Novosti, Kudymkar
— My first administrative offence charge was for a VKontakte [Russian social media] post, where I wrote “No to War”. The second one was for a column in «Parma-Novosti», and I got it as an office holder, the editor of that newspaper. In that column, I expressed my personal fears and concerns about the economic consequences of the hostilities. Back then, I was already careful, I didn’t call things by their proper names, I wrote “special military operation in Ukraine”, the word “war” was just implied and used as a reference to the Great Patriotic War. But they just have an order to apprehend everyone, although that article didn’t really contain any statements discrediting the armed forces and didn’t reveal my attitude towards the Russian army. 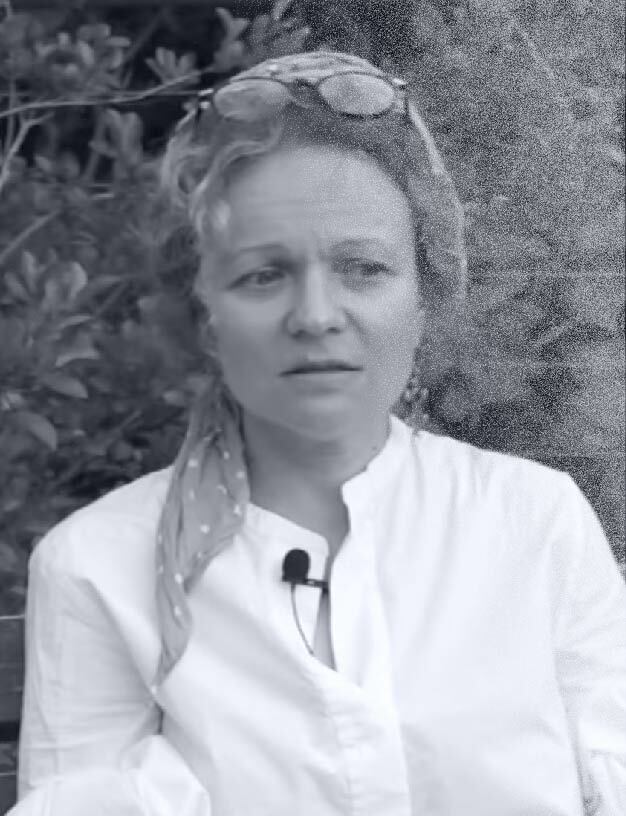 Maria Eismont
Defense lawyer
—There is military censorship in Russia these days, and this means that we can’t write about many things we should write about. <…> If you are in Russia, you can collect information, but you face huge risks when it comes to publishing it. You have to choose the words carefully, and sometimes avoid covering some subjects. <…>

These days, it’s not easy to talk about such things — but Russian journalism has never been as strong as it is now. And that’s why over the last few years — and particularly in the last year or two — it has been subjected to such pressure from the government. This whole "foreign agent" story is primarily aimed at silencing independent journalists.

Today, a significant number of them — a huge number of people, actually, many of whom did not intend to do this — are forced to leave Russia. Thank God that many of them manage to find an occupation close to what they did before. Media continue to produce quality stories. But unfortunately, it’s becoming increasingly difficult to do this if you stay in Russia, which is terribly sad.