RU
EN
«Zvezda»
«They are trying to make us invisible. But here we are.»
How Zvezda from Perm engaged in samizdat after blocking
Zvezda is an independent online magazine run by Stepan Khlopov. It was founded in Perm in 2014, when it separated from the print newspaper of the same name, the oldest title in the Perm region.

Other independent online media outlets in the Perm region include 59.ru and Properm.ru. There are no independent television companies or independent print media there. In recent months, Zvezda has faced blockings of its website and social media accounts, an outflow of advertisers, and a threat of criminal prosecution. To break through the propaganda pressure, Zvezda’s team took an unexpected step — the editors started publishing a printed leaflet covering the war.

Zvezda continues to work and intends to further cover opposition to the war in Ukraine — without knowing how long it will be able to do so.
«They are trying to make us invisible. But here we are.»
How Zvezda from Perm engaged in samizdat
after blocking
«ZVEZDA»
Zvezda is an independent online magazine run by Stepan Khlopov. It was founded in Perm in 2014, when it separated from the print newspaper of the same name, the oldest title in the Perm region.

Other independent online media outlets in the Perm region include 59.ru and Properm.ru. There are no independent television companies or independent print media there. In recent months, Zvezda has faced blockings of its website and social media accounts, an outflow of advertisers, and a threat of criminal prosecution. To break through the propaganda pressure, Zvezda’s team took an unexpected step — the editors started publishing a printed leaflet covering the war.

Zvezda continues to work and intends to further cover opposition to the war in Ukraine — without knowing how long it will be able to do so. 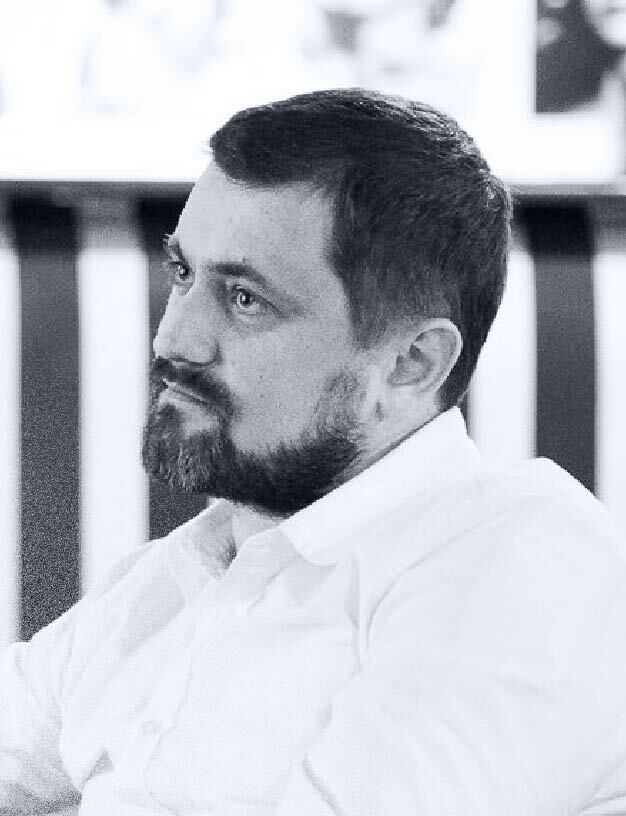 Stepan Hlopov
Before the war
— Zvezda is a local media focused on the city agenda. We mostly covered what was happening in the city, worked together with activists, environmentalists and cultural actors. We were an urban media outlet, like The Village in Moscow or Enter in Kazan when they first started their work.

Zvezda tried to comprehend the city, its community and people’s lives not through the lens of the administration or the city mayor, but from a horizontal perspective. Our media was clearly perceived by the authorities as an opposition outlet.

We did not experience any serious pressure before the war: Perm is quite «vegetarian» in this respect. There were only minor frictions. Local administration officials told me that before gubernatorial elections, they compiled a list of media and bloggers who could create issues for them, and Zvezda had always been among the first ones on this list.

We never had monetary relations with the authorities, that was crucial for us. No subsidies or government contracts. We did not apply anywhere and did not receive anything from them.
Turning point
— On February 24, we published an editorial statement on the main page of our website. We called things by their proper names there saying that we were against the war. This is a common practice in journalism, we always make statements on high-profile topics, be it the story of Ivan Golunov or Ivan Safronov. We could not but react.

Then [Russia’s media regulator] Roskomnadzor said that media should call the war a «special operation». Then we learned that some major federal media were being blocked.

We were blocked on March 6. It was Sunday, a notification from Roskomnadzor came at 5 in the morning. Of course, we didn’t notice it right away. On that day, I participated in a protest in the center of Perm reporting online for the website and the Telegram channel. Then my colleagues told me that they couldn’t open the website and that we had received a notification from Roskomnadzor. The notification said that we had six hours to remove the prohibited content. However, there was no link to any specific article, only to the main page of the website.

On the Roskomnadzor website, one can check the status of a media outlet. It says that we were blocked pursuant to the letter from the Prosecutor General’s Office dated February 24. It is easy to guess that it happened because of our statement.
Pressure
— We supposed [that our media could be blocked], but we didn’t expect it to happen so quickly. They began to pressure not just big media, but everyone, indiscriminately. Apparently, they have some algorithm for keywords.

After the blocking, we got together for a meeting and decided to just remove the word «war»: give up something small in order to save something big and continue to work. Having done so, we sent a notification to Roskomnadzor and the Prosecutor General’s Office. But there has been no response, and we are still blocked.

On March 13, our VKontakte [Russian social media] group was also blocked in Russia. Other social media belonging to Meta were also blocked during this time, not just our accounts. Without a VPN, our media is only available in Telegram in Russia now, and traffic collapsed several-fold everywhere except for Telegram.

Telegram has become the main social media — the number of subscribers to our channel has doubled. We have a small local media outlet, so the numbers are also small: before the war, we had 1,100 subscribers, now we have 2,200. At the same time, reach has increased 5–8 times, and on some days, it’s even 15 times higher.
All of our advertising projects collapsed due to blocking. I am now in negotiations with only one telecommunications company that agreed to work with us in Telegram.
We stopped renting our office and working with freelancers. We are now five and a half people, and by half I mean myself. So we work as a small team writing news, posts, reporting on the ground.

At the end of April, we decided to launch a print newspaper. It all started with a joke — we realized at one of our briefings that it was impossible to break through the overwhelming propaganda. But we had to do something to reach our audience. We decided to get back to samizdat — after all, this is what Soviet dissidents did, why don’t we do it too?

We made a two-page A4 newspaper and called it Vestnik Zvezdy. We selected the layout and the design in such a way so that it looked like a mediocre quality press product, similar to materials usually put in mailboxes. The idea of ​​Vestnik is to give a tool for communication with family and friends when words or energy are missing.

All information in the newspaper is taken from official sources and media that are not blocked. Then we just place accents there showing the picture [of what is happening in Ukraine] differently from the way it is presented on TV. For example, at the end of March, the Ministry of Defense endlessly enumerated the «successes» of the Russian army, naming dozens of villages no one knows. But if we take cities, only Kherson was under control. And remember, they planned to [gain control of] Kyiv in three days. The word «only» does not contradict the facts, but puts an important emphasis. We have already issued six such newspapers.

We’ve never invited anyone to spread this leaflet, it just happened [by itself]. Three Perm residents were detained in the city center while distributing the newspaper. The first-instance court sitting took place already: the trial was postponed for two people, and one girl was found guilty of discrediting the Russian armed forces and got a 35,000-ruble fine. Her lawyer is now filing an appeal to the regional court, but most likely to no avail.

We understand our responsibility and are going to announce a fundraising campaign to help her pay the fine. I feel that we will collect the necessary amount, as I see people’s reaction: they are writing to us and supporting those who are not afraid to take part in pacifist activities.
Future
— I thought about closing the project. I got really scared when they began to apply the Criminal Code article on «fakes» instead of just blocking media or initiating administrative cases.

Then I brought my team together and told them: «Guys, I understand everything, if you are not ready to work and take risks now, no one will take any offense, we will pay you a monthly salary, you will have time to take a decision and try to find a new job».
None of the staff members left. I believe that it’s important to try to keep independent media alive even in the current curtailed form.

I can’t say how long we will be able to continue working. Our case is unique, as our media was created thanks to an investor, and this investor has continued to fund us since the war started. We decided with the investor that we’ll work as long as we can.
Now we are publishing our content in more or less the same way as before. We created an analogue of our website on Teletype so that our articles and texts are available without a VPN. We also have an e-mail newsletter, for which one of the journalists writes his own column every week.

The goal of propaganda is to destroy any alternative point of view, so that it seems that there are few or no people with an anti-war position. But that is not true.

I am deeply convinced that there are a lot of people who share anti-war values. But due to the current situation they have become invisible. That’s why it is important to stick to your position and voice it as loudly as possible — so that people don’t have the impression that they are an abandoned minority. There are many of us, even though they are trying to make us invisible. But here we are! And we need to stand together.